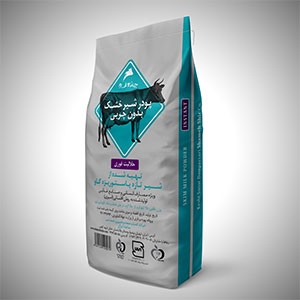 Skim milk powder is one of the high protein products (High Protein Products), therefore, in addition to structural parameters such as grain size, solubility and temperature given during the process, as well as microbial parameters, the protein content of this product is of particular importance. Which can somehow play the most important role in the biological value and final price of the product. The minimum amount of protein in lean dry matter of this product is 31% in the National Standard of Iran No. (2012). In this short paper, using experimental data as well as mathematical equations, it is tried to explain that the minimum protein in the dry matter of skim milk powder according to Iranian milk produced in industrial and semi-industrial farms should be Be at least 33%. Therefore, consumers of milk powder should not accept numbers lower than this number from suppliers.

Now consider a weak milk with a protein and fat-free dry matter content of 2.8 and 8%, respectively. In the least cases, the protein in the dry matter of skim milk powder is 33.5.